So, my son got his first library card the other day. Now that he is five I thought it was hight time for him to have his own. So far he had used my account because, after all, we go to the library together anyways, but I think it is a very special moment in a kid's life when they get their very first own card. I remember that day vividly, even though it was more than 35 years ago for me. I clearly remember my awe when the librarian told me that I could borrow as many books as I could read within the four-week loan period and, afterwards, come back for more. The endless possibilities! I remember how special I felt and how very very carefully I handled the books (althought it was clear that other children hadn't really done the same before me). So it was also a very unique and somewhat emotional moment for me when little N got his first library ID. 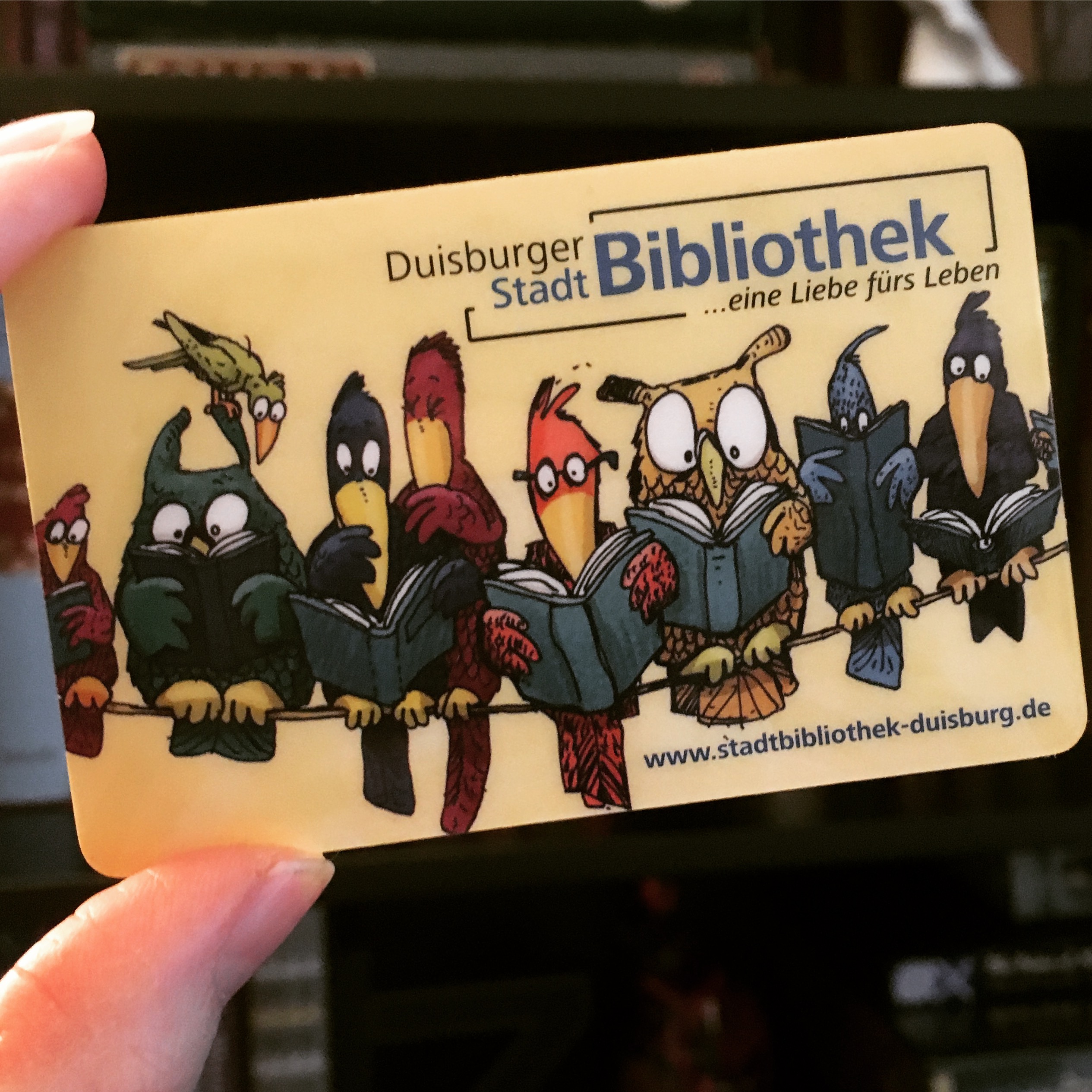 I must say that the cards have definitely become prettier over time. Mine was still this laminated monstrosity that had a sticker on it which you had to renew every year. After a decade my card looked like it had a boil on one side because noone ever bothered peeling off the expired stickers. N's card has reading birds on it but still the kid wasn't really satisfied. He asked for a book dragon, one with books in his claws but fire - or at least steam - coming out of its nostrils. You have to admire his creativity. Well, the librarian said she'd pass the idea on to admin so who knows what's going to happen there. :-)

It is amazing to now witness my son taking in the sheer vastness of choice and carefully selecting the books he wants to take home. And I believe that's a very important memory he is making right there. Libraries are so important and it's sad to see so many being closed down, especially in other countries. We are one of the lucky communities in which the library actually reopened after it had been closed for almost a year due to a shortness of staff. And we definitely take advantage of the fact that it is only a five minute walk across the street from our house.

I myself don't borrow as many books as I used to, but that is only due to the fact that the library stocks mostly German translations and I nowadays read about 98% of my books in English. N, however, carries - or I should rather say: drags - home a gigantic pile of books from every visit. Even though it is sometimes a little difficult to explain that we really really really have to take his favourite pick back to the library at some point, I can already see that he is realising the advantages - he definitely gets to take home more titles than I could pay for at the bookshop (and I'm already a very generous book-buying mum -- hahaha).  I'm looking forward to following his reading journey in the next few years and I'm sure the library will stay one of our go-to places for a very very long time.