This is the (supposedly) last installment in Jenny Colgan's Mure series but ... well, you never know. I personally hope that this won't be the last we've seen of the loveable characters living on a windswept Scottish island.

On the little Scottish island of Mure--halfway between Scotland and Norway--Flora MacKenzie and her fiancé Joel are planning the smallest of "sweetheart weddings," a high summer celebration surrounded only by those very dearest to them. 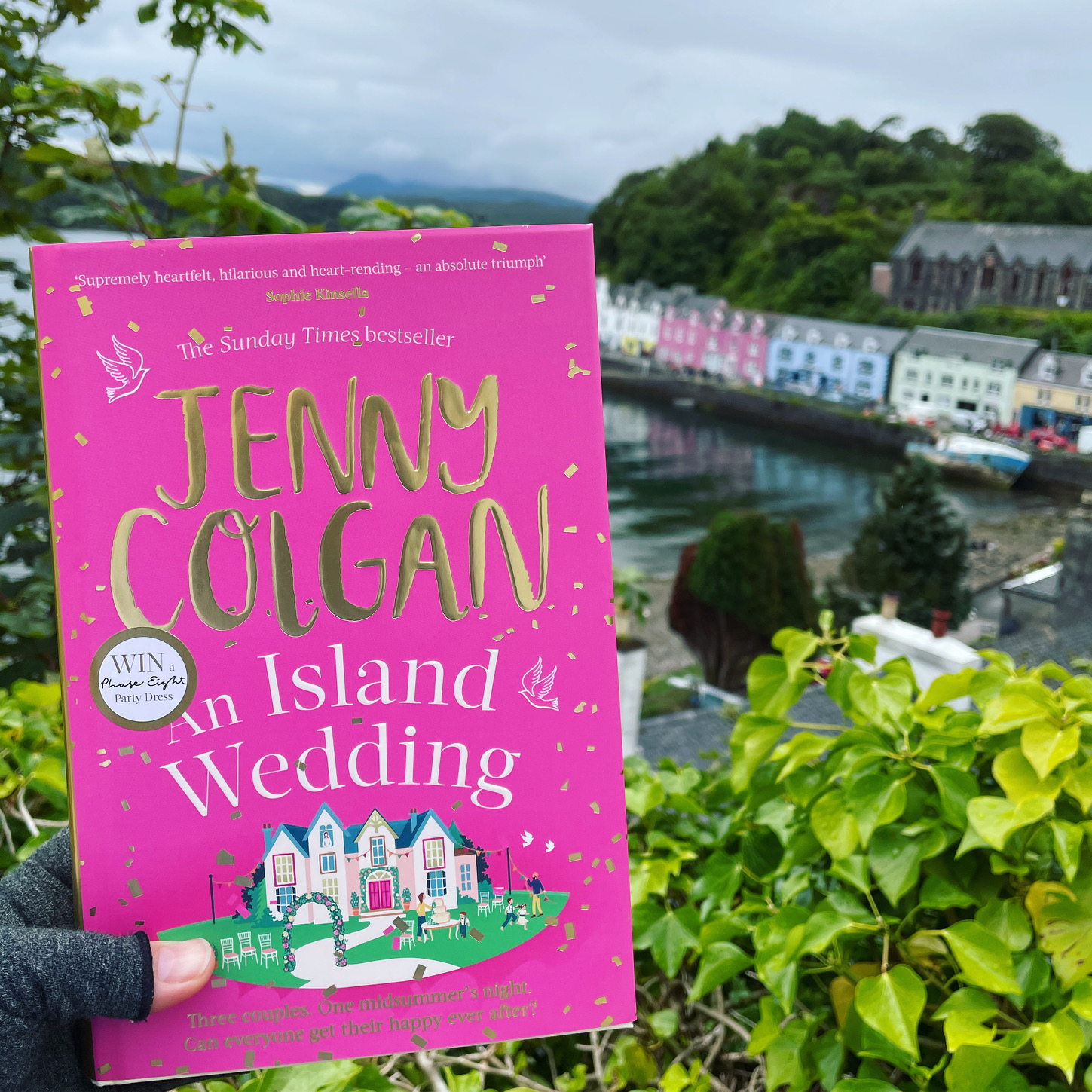 Not everyone on the island is happy about being excluded, though. The temperature rises even further when beautiful Olivia MacDonald--who left Mure ten years ago for bigger and brighter things--returns with a wedding planner in tow. Her fiancé has oodles of family money, and Olivia is determined to throw the biggest, most extravagant, most Instagrammable wedding possible. And she wants to do it at Flora's hotel, the same weekend as Flora's carefully planned micro-wedding.

I really enjoyed this latest volume surrounding Flora and her family and friends, but it felt a bit more stagnant than the previous books in the series to me. As always it was fun and light-hearted while also touching on some serious topics, and I can't really pinpoint what it was that "bothered" me (bothered really being a too negative term for what I felt). Maybe it was that it all felt a tad predictable, maybe it was that it followed the typical romcom trope of adults simply not talking to each other a bit too much. There were so many moments in the story where I was wondering why these grown-up people do not just say what is on their mind. I know, I know - tension and complications etc. But it just became a bit too much sometimes.

All in all though, I did like the book and felt deeply with some of the characters. I really hope there will be further installments in the future as I'm just not ready to say good-bye to Mure just yet, especially since I was not a fan of how Lorna and Saif's story was wrapped up.