Jackson Brodie is back!!!! In the fifth instalment of Atkinson's series about the ex policeman, now private investigator all is not well in Yorkshire. Brodie has moved to a quiet village by the sea, enjoying the somewhat tranquil life in the company of his hormonally moody teenage son and his old Labrador dog. The country idyll, however, is marred by something darker hiding underneath the surface. While Brodie is busy following unfaithful spouses, he by chance meets a man on top of the crumbling cliffs. This is no ordinary suicide attempt though and Brodie's new acquaintance leads him to a network of lies, trafficking and money laundering. Old friends reappear and soon the detective finds himself on a breathtaking chase around the county. 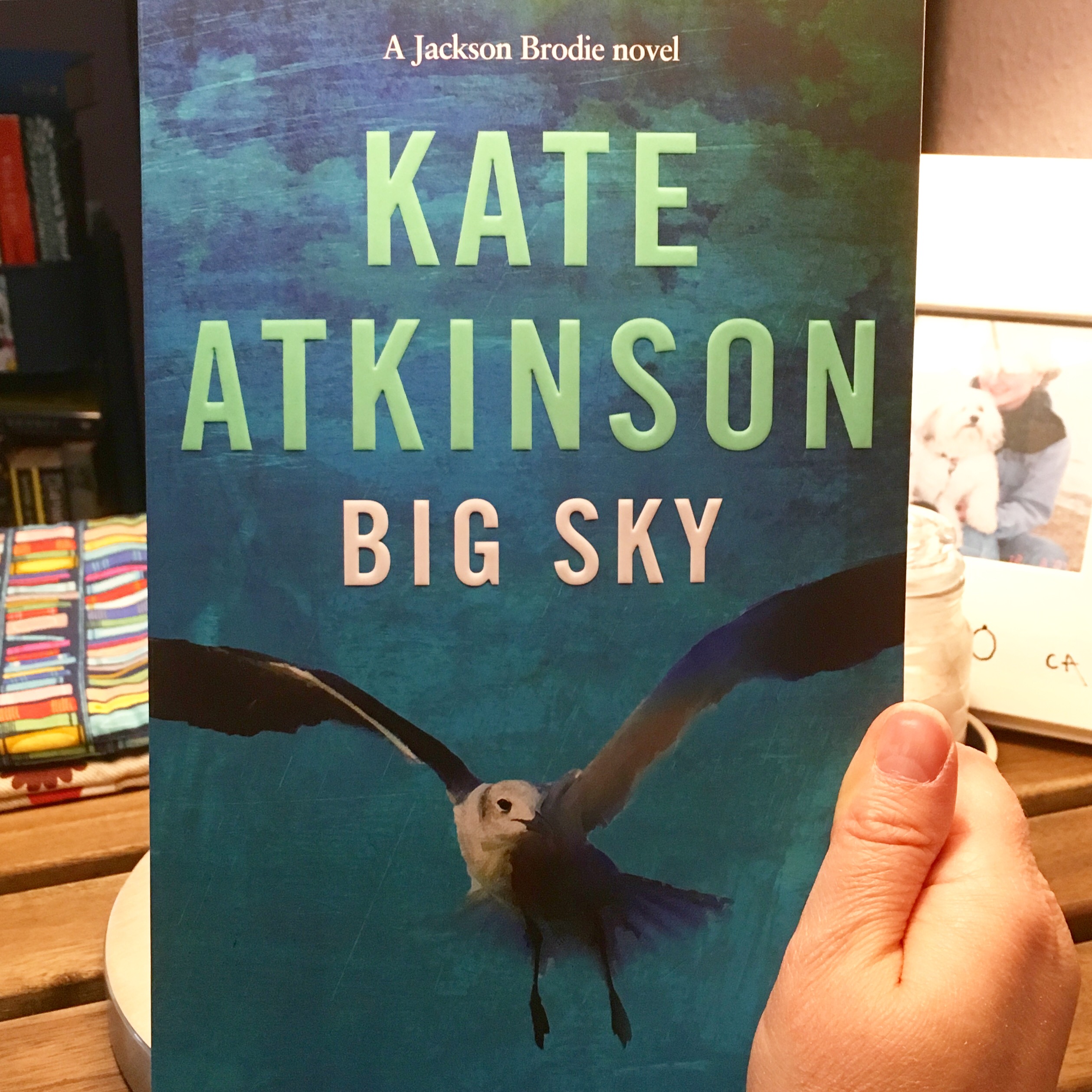 It has been nine very very very long years since Atkinson's last Jackson Brodie novel, so needless to say I was thrilled when this book was announced sometime last year. I ordered it straight away and jumped in as soon as I had my grubby hands on it. And boy, did I LOVE it!!!!

This novel truly is Jackson Brodie at his best. While I had been a bit disappointed with the predecessor to this one, Big Sky definitely performs. Yes, there are many coincidences that sometimes seem a bit much (or too convenient) but those can easily be overlooked when considering the scope of the story. And after all "A coincidence is just an explanation waiting to happen." Atkinson weaves an intricate net of connections, some of which are obvious quite early on, some of which really do surprise you.

What I particularly loved about this book were the strong female characters. A few of the women seem very weak in the beginning but eventually they turn into amazon-like warrior queens (minuscule spoiler: Never ever make the mistake to underestimate mothers!). But it's not just the women who are wonderful - all of Atkinson's characters are well-formed and interesting (I absolutely adored Harry... and no, he's not a wizard). There are quite a lot of characters in this book though, so do pay attention or you'll get lost in a bunch of names.

Other elements I adored were the return of Reggie and the numerous intertextual references. This novel is set in Yorkshire, home of the Brontës and landing place of Bram Stoker's Dracula. Atkinson cleverly drops in many literary nods which are fun to find and identify but don't do any harm to the story's understanding, if you shouldn't detect them.

The story moves along at a good speed and is full of witty and sometimes dry humour. Also, be prepared for jumps in time. Atkinson is famous for her rewinding of a plot's clock, so you will get several perspectives of the same event, but it never gets boring as each of these views brings new realisations with it. By and by, the mystery unravels and things fall into place.

Atkinson's writing is spot on and I cannot stress enough how much I loved this book. It wholeheartedly deserves five stars.