When it was announced that Matthew Perry would published an autobiography, I knew immediately that I'd need to read it. Back in the 1990s I had a huge crush on the actor and - when I was living in Southern California - the show Friends became a fixture in my life: Every Thursday evening my roomie insisted that we watch the latest episode and I began to love the show. Of course, I also followed Perry's journey through various addictions via the regular tabloid papers and internet pages and it made me sad to see him suffering like this. When Friends, Lovers, and the Big Terrible Thing was released I was mainly interested to learn why a person who is successful and seemingly "has it all" would end up being hospitalised over and over again and not be able to ditch his self-destructive behaviour. 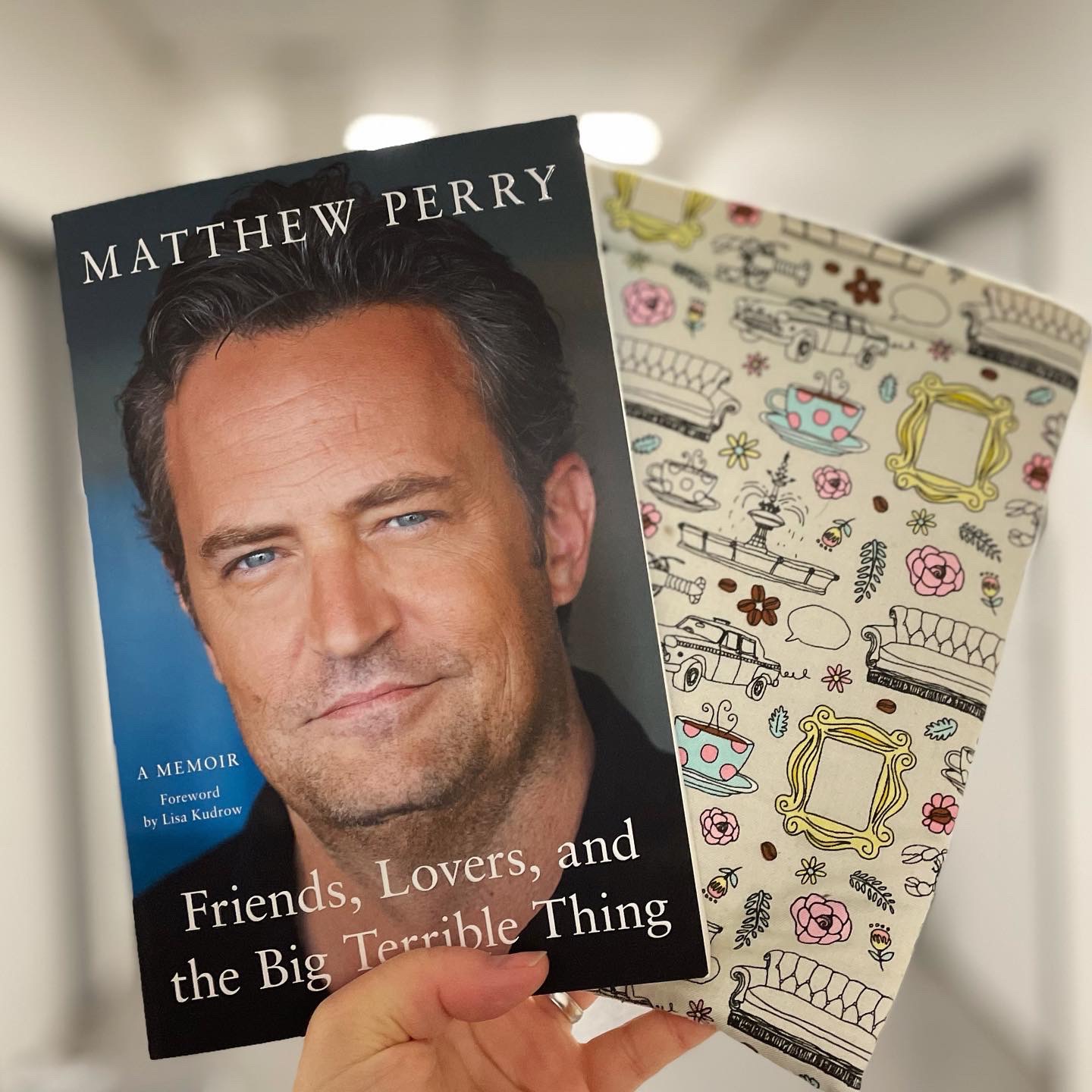 Perry's book is a brutally honest account of someone whose brain - as the actor puts it himself - is out to kill them. His addictions are partly grounded in early childhood fears of abandonment and a constant worry of simply not being good enough. In this memoir he opens up about all the shitty things he has done, how his behaviour has hurt others and how simply being lonely can mean a relapse for him.

Some reviewers have criticised the book, on the one hand for its alinear storyline and on the other for being misogynist. That the book is not written in chronological order is indeed a little confusing sometimes and I wish that the editors had put in some more pointers on where we are exactly in Perry's life (as often we don't get a date with these time jumps). But this was a minor inconvenience in my opinion and didn't take away much from my personal reading experience. As for the second accusation: I believe that those readers who said this about the book, have either not read it properly or simply don't understand the fundamentals of addiction stories. Yes, he did not treat a lot of these women very well and yes, he often saw them as a commodity for sex BUT this was during a time when he was way in over his head and high on alcohol, Vicodin, Xanax, OxyContin or whatever was his poison of choice at the moment. He does, however, also say a lot of positive things about these women: how smart they were, how supportive and how he basically let walk away potential life partners because his brains were fried or he was suddenly afraid.

I really appreciated this memoir (you can't possibly say "enjoyed" with a tragic and raw account such as this) and I'm sure it will stick with me for a while. It has definitely made me look at Friends with a slightly more critical eye. I hope that Perry is now finally grounded enough to leave all the drug/alcohol madness behind and live a fulfilled life.