Are you looking for a Kafkaesque tale that will keep you wondering and guessing until being well into the story? Then the wild ride of Susanna Clarke's Piranesi may be the right book for you.

Piranesi's house is no ordinary building: its rooms are infinite, its corridors endless, its walls are lined with thousands upon thousands of statues, each one different from all the others. Within the labyrinth of halls an ocean is imprisoned; waves thunder up staircases, rooms are flooded in an instant. But Piranesi is not afraid; he understands the tides as he understands the pattern of the labyrinth itself. He lives to explore the house.There is one other person in the house—a man called The Other, who visits Piranesi twice a week and asks for help with research into A Great and Secret Knowledge. But as Piranesi explores, evidence emerges of another person, and a terrible truth begins to unravel, revealing a world beyond the one Piranesi has always known. 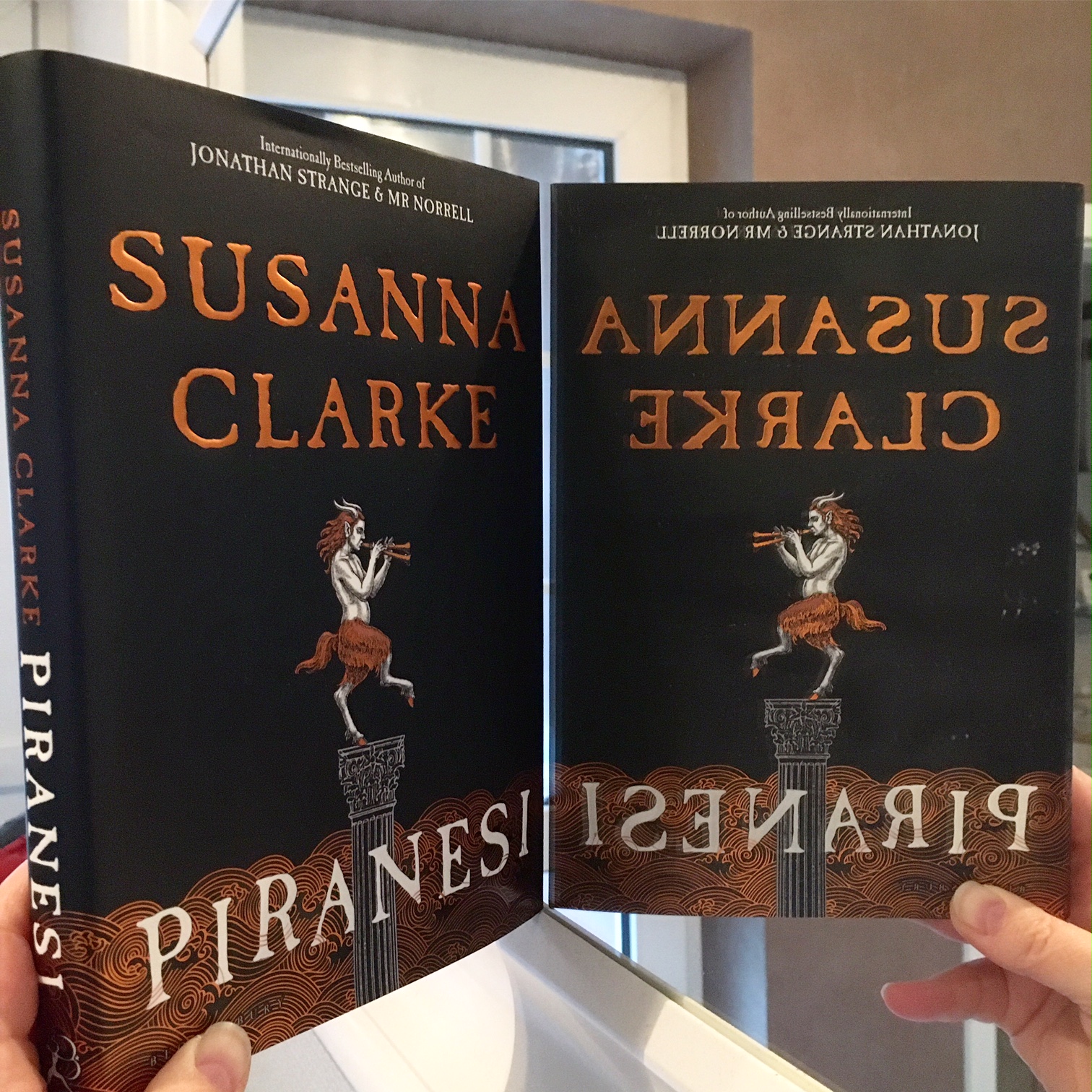 It is difficult to write a review about this book without giving too much away, and my personal experience was that it's best to simply dive into the text without knowing too much about it. Susanna Clarke's Piranesi is a puzzling masterpiece full of nods to other literary texts and the visual arts. For the first half, the reader is left with no idea of what is happening. It was during this part of the book that I kept texting a friend who had already read it, dumping my theories on her and asking "WTH am I reading here?". :-) At first, the uncertainty was slightly irritating but it was also what kept me reading because I just wanted to KNOW. With the second half of the book, things begin to fall into place and oh my, was I wrong with my previously formed assumptions.

Clarke clearly refers to magical stories such as the Narnia books as well as to 18th Century Italian art. The 'House', consisting of neverending halls full of fabled statues (fauns, minotaurs, etc.), is like an imaginary prison. The half-drowned lower levels carry the enigmatic connotations of a mythological underworld. As a reader we follow Piranesi in his awed descriptions of a place that is so far removed from everything we know and still distantly reminds us of stories we have read and paintings we have seen.

The author clearly excels in building a world that leaves us fascinated. While the reader may find the crumbling labyrinth of the House disconcerting, Piranesi calls it home. He knows his way around the halls and has come up with a clever way to map the individual rooms and the tides. As the story progresses, both he and the reader slowly begin to learn what has happened - yet we still don't know whether to feel sorry for Piranesi or to admire him. Maybe both.

Piranesi is a relatively slim book which, however, is full to the brim with brilliant ideas. It's a book that will stick with you for quite some time and make you think about life in general, identiy and the borderline between reality and illusion. Highly recommended!