Sunyi Dean's The Book Eaters is a novel that I was waiting for rather impatiently. I mean, which bookworm wouldn't with a title like this? It did turn out to be a bit different to what I had expected. Not in a negative way but just... different. 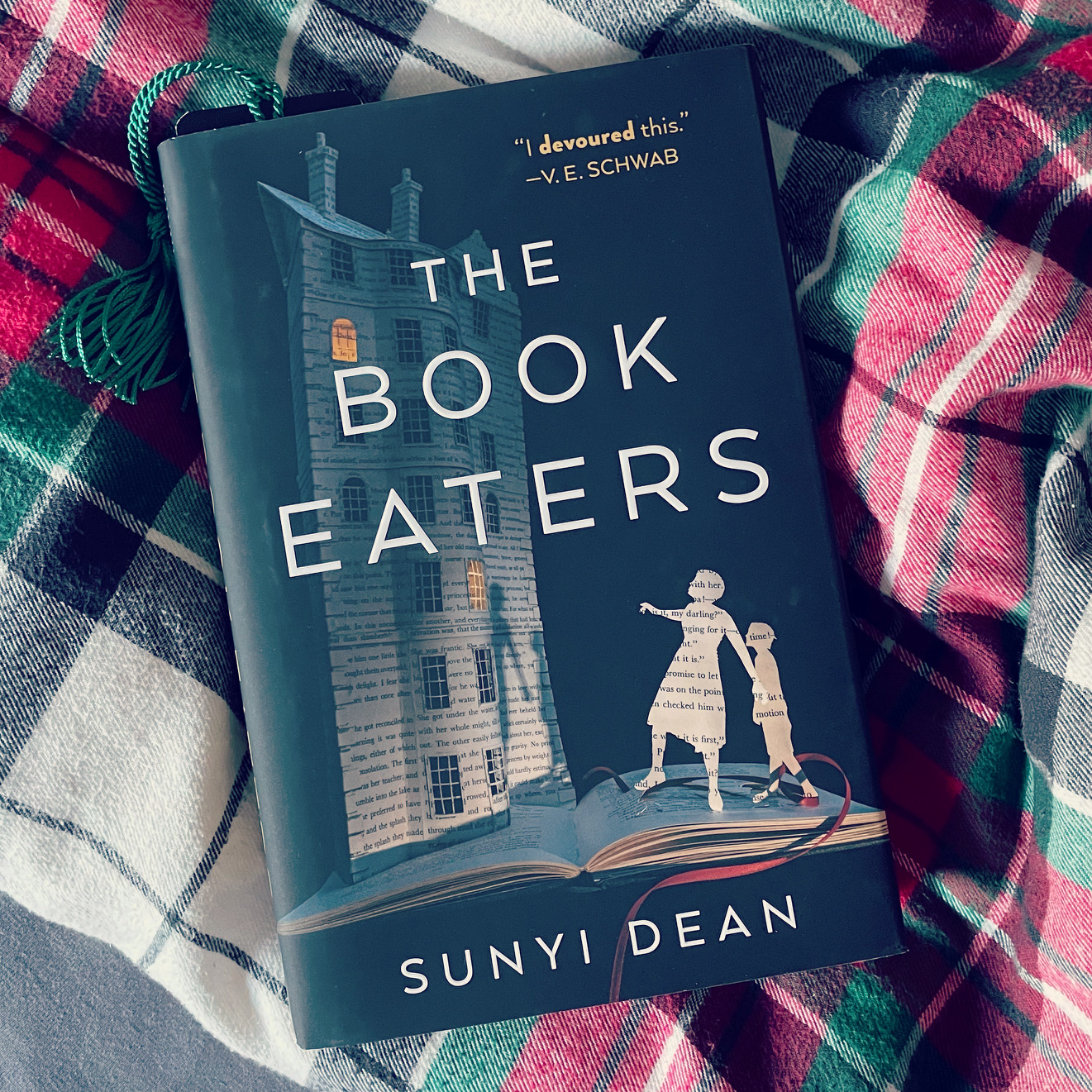 The Book Eaters begins with a twenty-nine-year-old being denied the purchase of booze at a corner shop because she does not have ID. Nothing extraordinary here. People get carded all the time. However, Devon isn't an ordinary woman. She is a book eater. Book eaters are humanoid, though not human, and they devour books as sustenance. Needless to say this was a plot element that made my little book-fanatic heart jump with excitement.

There are six book eater families in the UK, with Devon belonging to the rather traditionally inclined Fairweathers. Family is the central element in this story, and everything Devon does is driven by her role as a mother, both taking care of her son Cai and in a more abstract role with her daughter Salem, who was taken away to be raised by her father's family. Essentially, it is a tale of how far we go for the ones we love. Devon wants a different life than the one dictated by tradition for Cai, who is a mind eater rather than a book eater: Cai is denied a name by his father. He is shunned because he is different. He is hunted because he's considered a threat.

The story is told with lots and lots of dry wit and clever banter between the characters. I didn't expect it to be as slow-paced as it was, especially because there is so much underlying conflict. It is abundant in its character exploration but I would have liked it to either be a bit quicker in pace or to go into greater detail about the history and origins of book eating (i.e. to cater to my nerdy fascination with all things "book").

The Book Eaters is very much a book for book lovers, with each chapter being introduced by a different epigraph from (mostly fictional) literature as well as lush descriptions of libraries and other bookish places. I really enjoyed it but - probably because I had certain expectations - I didn't love it quite as much as I wanted to.