Review: The People on Platform 5 by Clare Pooley (Viking)

As a reader I obviously frequent our local bookshop and it has gotten to a point that I'm on a first name basis with the booksellers. One of them recommended Clare Pooley's novel to me and actually lent me her own copy. And what a treat this book turned out to be! It was the perfect book at the perfect time:

Nobody ever talks to strangers on the train. It's a rule. But what would happen if they did? Every day Iona, a larger-than-life magazine advice columnist, travels the ten stops from Hampton Court to Waterloo Station by train, accompanied by her dog, Lulu. Every day she sees the same people, whom she knows only by nickname: Impossibly-Pretty-Constant-Reader and Terribly-Lonely-Teenager. Of course, they never speak. Seasoned commuters never do.Then one morning, the man she calls Smart-But-Sexist-Manspreader chokes on a grape right in front of her. He'd have died were it not for the timely intervention of Sanjay, a nurse, who gives him the Heimlich maneuver. This single event starts a chain reaction, and an eclectic group of people with almost nothing in common except their commute discover that a chance encounter can blossom into much more. 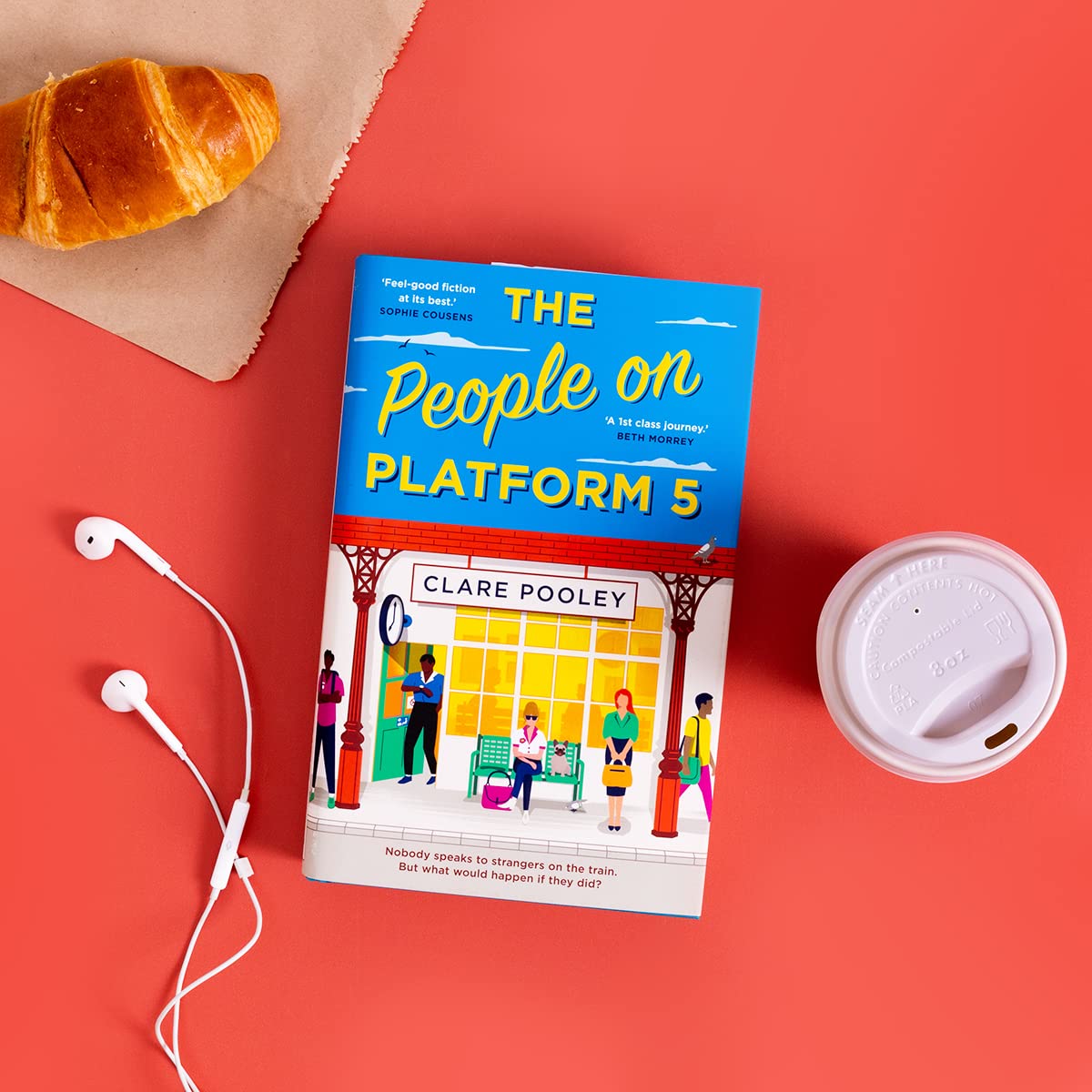 The People on Platform 5 is the kind of novel that makes you believe again that there is indeed something good in the world. In fact, it is the perfect book for our rather trying times. Not because it's fluffy - because it isn't - or because it doesn't speak about controversial topics - because it does - but because it addresses the fact that there may be connections in places you wouldn't expect and that unexpected friendships can be the most rewarding ones. It's a book that feels like a warm hug. I love how Pooley introduces this group of quirky but endearing commuters and manages to flesh out every single one of them so that they all seem unique and real.

The humour in this book is spot-on and is mixed perfectly with the more contemplative passages. I felt myself rooting for Iona as well as for Emmie and Sanjay while feeling deeply with Martha and the others. This novel has a good chance of becoming one of my 2022 picks of the year.