Half-hidden by forest and overshadowed by threatening peaks, Le Sommet has always been a sinister place. Long plagued by troubling rumors, the former abandoned sanatorium has since been renovated into a five-star minimalist hotel.

An imposing, isolated getaway spot high up in the Swiss Alps is the last place Elin Warner wants to be. But Elin’s taken time off from her job as a detective, so when her estranged brother, Isaac, and his fiancée, Laure, invite her to celebrate their engagement at the hotel, Elin really has no reason not to accept. Arriving in the midst of a threatening storm, Elin immediately feels on edge–there’s something about the hotel that makes her nervous. And when they wake the following morning to discover Laure is missing, Elin must trust her instincts if they hope to find her. With the storm closing off all access to the hotel, the longer Laure stays missing, the more the remaining guests start to panic.

Elin is under pressure to find Laure, but no one has realized yet that another woman has gone missing. And she’s the only one who could have warned them just how much danger they are all in. . .

This is a book that's been hyped all over social media. It was a selection in Reese Witherspoon's book club and pictures of it are still popping up all over bookstagram. Even though I'm not a huge fan of the thriller genre, the synopsis got me interested at once. As a fan of Stephen King's books, who could possible resist a story set in a remote hotel in the wintertime?? Exactly. ;-) 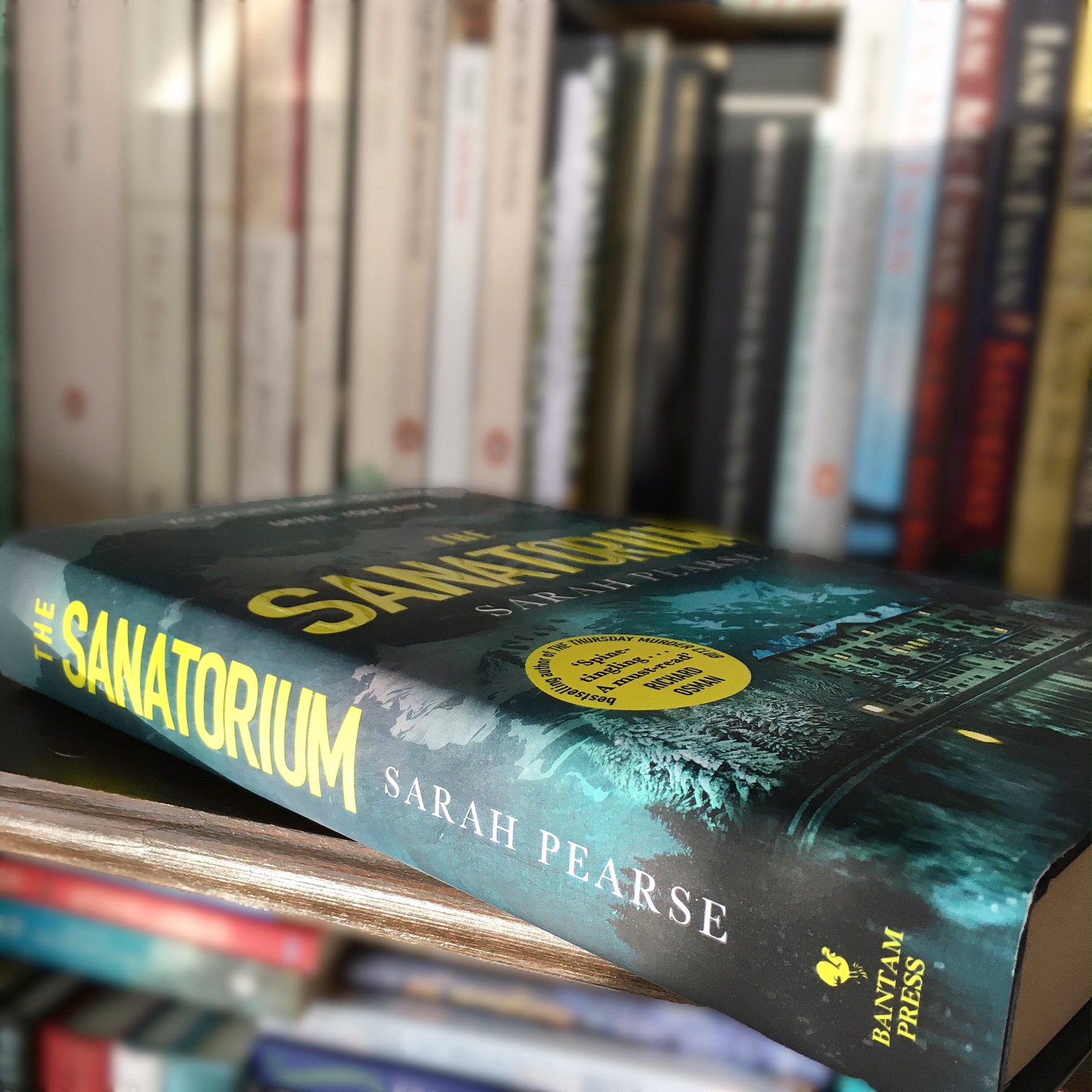 And The Sanatorium turned out to be quite eerie in certain passages which is something I enjoyed a lot. In a way, this is your traditional 'locked room' mystery but here, the atmosphere of an old sanatorium where possibly sinister things were happening being turned into a sleek hotel is captivating. The plot is well-paced and the characters interesting (even though I sometimes felt like smacking Elin for her reckless behaviour). Sarah Pearse has written a suspenseful, dark and engaging novel with lots of twists that I didn't see coming, at least until towards the end when I began having a hunch about who the murderer may be. The hotel is a wonderful setting which constantly oozes a certain level of creepiness. The weight of its past and the menacing wintry mountains create a wonderful feeling of tension, and the hotel is almost a character in itself.

However... there is one element that didn't exactly ruin the book for me, but it was the reason why I bumped my initial rating down by one star, something that happened due to the last 20ish pages of the story. Dear Sarah Pearse, I love your book but what the heck were you thinking when you came up with the motif for the murders? I'm not posting any spoilers here but there simply is no logical correlation for me between the intricacies and minute, extremely gruesome details of the murders and the murderer's explanation why they did all of this? Yes, they did have reason to be mad, sad, enraged, disappointed, depressed and even slightly psychotic but... I don't know. I simply wasn't convinced and it seemed like there was something lacking. Especially the moral that is supposed to come across at this point becomes kind of void for me when we look at the victims. I can't say more here without giving too much away, so you'll need to evaluate this for yourselves. :) The epilogue then appeased me a little - creepy!