Review: Where the Crawdads Sing by Delia Owens (Putnam and Sons)

For years, rumors of the “Marsh Girl” have haunted Barkley Cove, a quiet town on the North Carolina coast. So in late 1969, when handsome Chase Andrews is found dead, the locals immediately suspect Kya Clark, the so-called Marsh Girl. But Kya is not what they say. Sensitive and intelligent, she has survived for years alone in the marsh that she calls home, finding friends in the gulls and lessons in the sand. Then the time comes when she yearns to be touched and loved. When two young men from town become intrigued by her wild beauty, Kya opens herself to a new life–until the unthinkable happens. 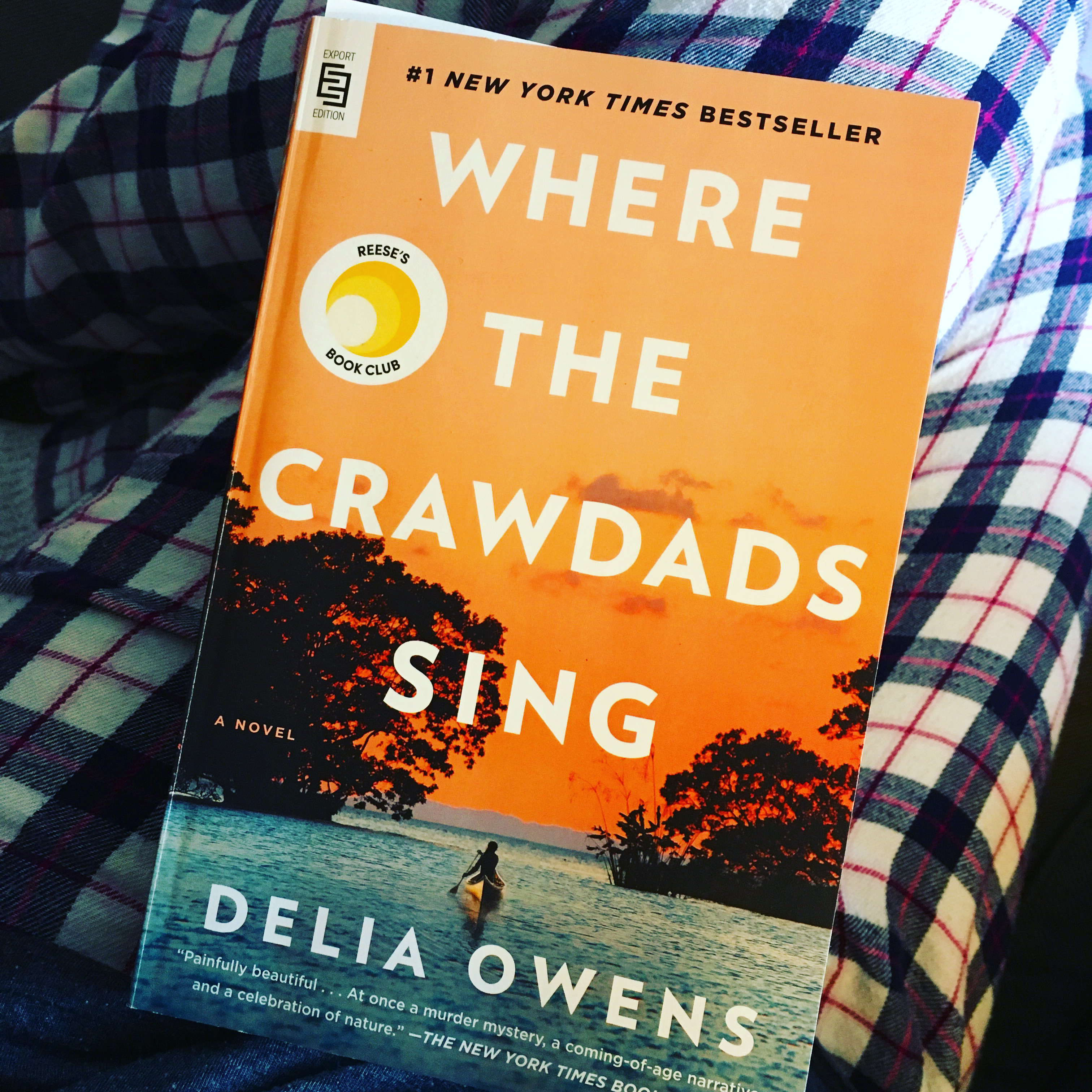 I started out really enjoying this book. It took me a few pages to get into Owen's specific tone of voice but then I loved it... until I didn't anymore. I know I'll be in the minority with this opinion but while Where the Crawdads Sing is surely a good book, it did not seem extraordinary to me.

I really liked the early parts of the novel where we learn about Kya's heartbreaking childhood. I was interested in how she would deal with the situation and manage to survive, if she would eventually form connections with the outside world, and of course how her narrative would tie in with the parallel story of the 1969 murder of a young man from the close-by town. At the same time I found myself cursing her family for leaving her on her own devices like they did.

The characters that populate the North Carolina marsh that serves as the novel's setting, are a mixture of (stereo)typical tropes. There is an abusive father figure with a drinking problem, a traumatised mother who abandons her children, privileged school kids, a kind African-American couple, all peppered with the unsettling dilemma of oscillating between sheer survival and a precarious sense of trust. This mixture of topoi, together with the dual narrative, could still have been promising, but unfortunately the author seems to aimlessly stroll amongst these elements without ever really transporting the fundamental and heart-wrenching emotions highlighted by her fabulous imagery of nature. After the first part of the novel the tone of the story changes in a somewhat weird way, and the plot becomes shallow and predictable.

While I really enjoyed the descriptions of nature and also felt deeply for Kya, all the other characters remained too one-dimensional for me. This is why I can only give this novel a three-star rating. I wanted to love it but, alas, I didn't. It wasn't bad, but just not my cuppa tea.